Over lunch with John Clark at the Thoroughbred Club some years ago, the sage horse trader and pedigree reader gave me a pop quiz.

When he asked, “What’s the most important nick in breeding?” I launched into an esoteric discourse on Nijinsky and Blushing Groom, the marvelous match of Buckpasser and Northern Dancer, and then before I’d reached anything like full speed, he said, “Whoa, young man.”

“You’re making this way too complicated. What Is the nick in breeding and sales?”

Peering over the rim of my tea glass, I ventured, “Northern Dancer and Mr. P?”

Thereupon, he sighed with satisfaction, gave me a grin, mumbled “not bad,” and then firmly stated, “Let’s see if we can give an equal verdict to the chef’s idea of what a hot brown is supposed to taste like.”

The lunch could not have been bad, but it was certainly less memorable than conversing with the breeder-owner-trainer-buyer-seller of Thoroughbreds and legendary teller of tales.

Clark’s maxim about cutting through the brush and seeing the bigger picture of pedigrees, especially the overarching trends in breeding, has lingered with me all these years.

The cross of the legendary sires Northern Dancer, a foal of 1961, and Mr. Prospector, a foal of 1970, earned quick success at the racetrack, drew immediate positive responses in the sales ring, and has lasted robustly over the years.

That each stallion’s pedigree was a basic mirror of the other surely wasn’t a coincidence in their compatibility. Northern Dancer was Nearco over Native Dancer, and Mr. Prospector was Native Dancer over Nearco. Furthermore, the two sires seemed to succeed interchangeably, with Northern Dancer in the male line and Mr. Prospector in the broodmare sire line, or the reverse.

One of the questions that made me wonder, as these two long-lived and wildly popular sires aged through their landmark careers at stud, was how this marvelous match would fare as they receded in pedigrees. When the two most important stallions of the 1970s through the 1990s died and then began to move inevitably farther back in pedigrees, how would their descendants evolve, and would this greatest nick of our time become dulled with overuse?

One of the amazing qualities of this cross is that it keeps on ticking, and it appears that this nick will become one of the pervasive factors in pedigrees of the future.

Consider, for instance, the pedigree of Sistercharlie, a 4-year-old daughter of the Danehill/Northern Dancer-line stallion Myboycharlie and winner of the Grade 1 Diana Stakes at Saratoga. This is a high-class bay filly who last year in France won the G2 Prix Penelope and was second in the G1 Prix de Diane and second in the G1 Belmont Oaks.

Her sire’s pedigree carries the nearly universal inbreeding to Northern Dancer, as well as inbreeding to Native Dancer through his daughter Natalma and son Raise a Native. But the story of Myboycharlie’s pedigree is Pharlaris, especially through Nearco, with special emphasis on his sons Nearctic, Nasrullah, and Royal Charger.

The top half of Sistercharlie’s pedigree looks like it has been hit with buckshot called Nearco.

The tale of the bottom half of the pedigree for Sistercharlie is somewhat different. The Diana winner’s dam is Starlet’s Sister, a 9-year-old daughter of the great international sire Galileo (by Sadler’s Wells) out of Premiere Creation, a mare by Green Tune, a high-class racing son of the important Nijinsky stallion Green Dancer.

So Starlet’s Sister is linebred to Northern Dancer in the male line and broodmare sire line. Even more interestingly, both the sire and dam of Starlet’s Sister are out of mares by Miswaki (Mr. Prospector). The sire Galileo, like his half-brother Sea the Stars and their siblings, is out of the Arc de Triomphe winner and great producer Urban Sea, and the dam Premiere Creation is a G1-placed performer out of Allwaki, a Miswaki daughter who didn’t race and didn’t produce a stakes winner. Nearly the opposite of great Urban Sea.

The big picture of the dam’s pedigree is Northern Dancer (Sadler’s Wells and Nijinsky) over Mr. Prospector (Miswaki). And Starlet’s Sister has an additional Northern Dancer and Mr. Prospector in her pedigree; so it is a remarkably balanced repetition of the great cross, and this is likely to become much more common. 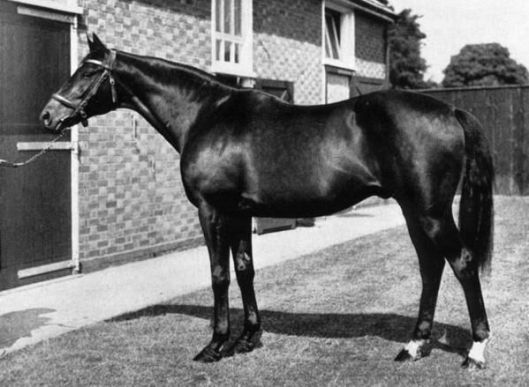 Nearco – became the influence of greatest lasting importance to bloodlines of the 21st century, especially through his sons Nasrullah, Nearctic, and Royal Charger.

The Northern Dancer-Mr. Prospector cross is so widely dispersed among quality Thoroughbreds that it is difficult to find pedigrees without it, and the coming trend is repetition of the nick, probably numerous times.

Genetically, this would seem to be logical. If the combination of these two great sires produced something of athletic value, then why not double, triple, quadruple it over the generations. The repetitions would suggest the chance of connecting the valuable traits of these important sires and their good descendants. The pattern at least gives breeders something to shoot at.

And as a model of the future, Sistercharlie has five Northern Dancers and a trio of Mr. Prospectors. In greater depth, she has more than two dozen lines of Phalaris, with special emphasis on his grandson Nearco through the latter’s three most persistent sons: Nasrullah, Nearctic, and Royal Charger.

The Phalaris revolution, through the overwhelming tide of Nearco, appears ready to wash the breed into a future state where all the breed is Mr. Prospector, Northern Dancer, and their minions. 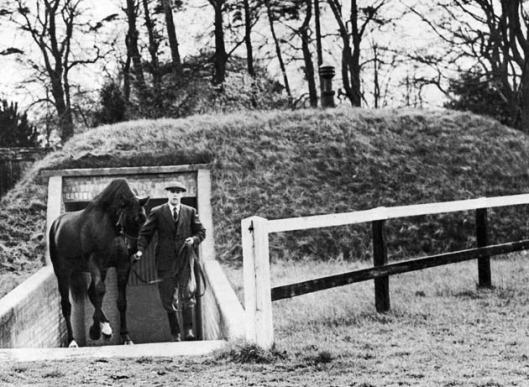 Nearco – leaving his bunker during World War II. It boggles the mind to wonder how different things might have been without him.